Energy sources of the future!

Hydrogen as an energy source does not cause harmful emissions, especially coglendioxide, if it is produced from renewable energies (wind, sun, water). Hydrogen is a main component of our planet and is e.g. present in bound form in water. Even our body consists of about 10% hydrogen. 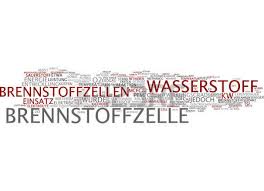 In compressed hydrogen storage systems, hydrogen is stored under high pressure of up to 800 bar. For this purpose, the gaseous hydrogen is first cooled and then compressed to the desired pressure using multi-stage compressors. By compressing the hydrogen, the energy density in the existing volume is increased. The additional energy required for compression for refueling hydrogen-powered automobiles is about 12% (at 700bar) of the stored hydrogen energy content. Special high-pressure tanks, which are low in diffusion, are used as containers. As hydrogen is the smallest molecule on our planet, special attention is paid to the internal coating of the container. The pressure vessels are TÜV certified, and tanks up to 1200bar are feasible or producible.

Hydrogen is the element with the lowest density. Molecular hydrogen (H2) is about 14.4 times lighter than air. Liquid hydrogen weighs 70.8 grams per liter. Its melting point is 14.02 K (-259 °C), and its boiling point is 21.15 K (-252 °C). Hydrogen is poorly soluble in water and other solvents. For water, the solubility is 18.2 ml/L at 20 °C and normal pressure. Because of its chemical and physical properties, the handling of hydrogen differs from the energy carriers used so far. Hydrogen forms a flammable mixture with the ambient air when it escapes, at levels of 4% to 75%. Hydrogen only forms an explosive mixture ( explosive gas) at a proportion of 18 %. Because hydrogen is the lightest of all elements, it volatilizes in an open environment before it can form an explosive mixture, or it burns off in hot environments at the 4% concentration. Hydrogen has a low combustion enthalpy compared to many hydrocarbons, and thus a low volumetric energy density (about 1/3 of natural gas). This requires a tank three times as large or a pressure three times as high as for natural gas to store equivalent amounts of energy. However, due to its low molar mass, it has a comparatively high mass-based energy density (e.g., more than twice the mass-based energy density of natural gas). Due to its small molecular size, hydrogen diffuses relatively well through a variety of materials, making many materials unsuitable for tank shells. The diffusion process is enhanced by high temperatures and high internal pressure. Hydrogen brittleness places additional stress on metallic tank shells. This effect does not occur with shells made of plastic.

Based on volume (in kWh/l):